ASIS is accountable to the Minister for Foreign Affairs, Senator the Hon Marise Payne.

Marise Payne was appointed Australia’s Minister for Foreign Affairs on 28 August 2018. A Senator for NSW since 1997, she has more than two decades’ parliamentary experience including 12 years’ membership of the Joint Standing Committee on Foreign Affairs, Defence and Trade. She is a former Minister for Human Services and has held several shadow ministries. The Senator was appointed Minister for Defence in September 2015. In this time, she delivered the 2016 Defence White Paper, the Integrated Investment Plan, and Defence Industry Policy Statement. She oversaw a major renewal of the Australian Defence Force’s capabilities and led the organisation’s increased international engagement program with allies and partners. She has been a member of the Liberal Party since 1982, serving on the NSW State Executive for 10 years, and was the Young Liberals’ first female President. The Minister holds a Bachelor of Laws and a Bachelor of Arts from the University of NSW. She and her partner, NSW Minister for Western Sydney, WestConnex and Sport, Stuart Ayres, live in western Sydney. 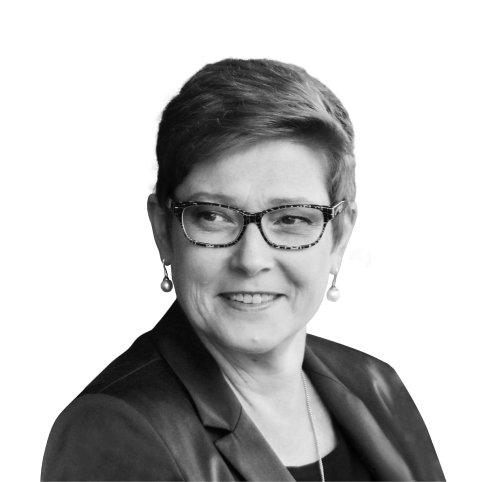 The Intelligence Services Act 2001 ('the Act') provides the legislative framework for the work of ASIS, AGO and ASD. The legislation outlines the functions of the agencies, including what the agencies may, and may not, do. Under the Act, the Parliamentary Joint Committee on Intelligence and Security (PJCIS) has responsibility for the review of ASIS's expenditure and administration. The Act also specifies that the Foreign Minister protect the privacy of Australian citizens. These Rules were made in accordance with the Act and regulate ASIS's handling of intelligence information concerning Australian persons.

In addition to accountability mechanisms stipulated by the Act, ASIS is also subject to the Public Governance, Performance and Accountability Act 2013 and provisions of other legislation such as the Crimes Act 1914, the Archives Act 1983, Workplace Health and Safety Act 2011, and the Public Interest Disclosure Act 2013. ASIS's financial accounts are fully audited by the Australian National Audit Office (ANAO).

The Inspector-General of Intelligence and Security Act 1996 created the role of the Inspector-General of Intelligence and Security (IGIS). The IGIS is an independent statutory office holder who is empowered to investigate complaints made against ASIS, to review the compliance of ASIS with the laws of the Commonwealth, States and Territories, and conduct enquiries into matters which fall within the prescribed functions of that office.

ASIS prepares budgetary information as part of the DFAT portfolio budget statement and portfolio additional estimates statement. Copies of these can be found on the Department of Foreign Affairs and Trade budget web page.

In addition to reviewing the administration and expenditure of DFAT the PJCIS examines any matters relating to the agencies that have been referred to it by the responsible minister or through a resolution from either House of Parliament.

Inspector-General of Intelligence and Security.

The purpose of this review is to ensure that the agencies act legally and with propriety, comply with ministerial guidelines and directives and respect human rights.

In conducting an inquiry, the Inspector-General has significant powers which include requiring the attendance of witnesses, taking sworn evidence, copying and retention of documents and entry into an Australian intelligence agency's premises.

The Inspector-General can also conduct preliminary inquiries into matters in order to decide whether to initiate a full inquiry.

ASIS's financial accounts are fully audited by the Australian National Audit Office (ANAO) and we are subject to the performance audit powers under section 19 of the Auditor-General  Act 1997.